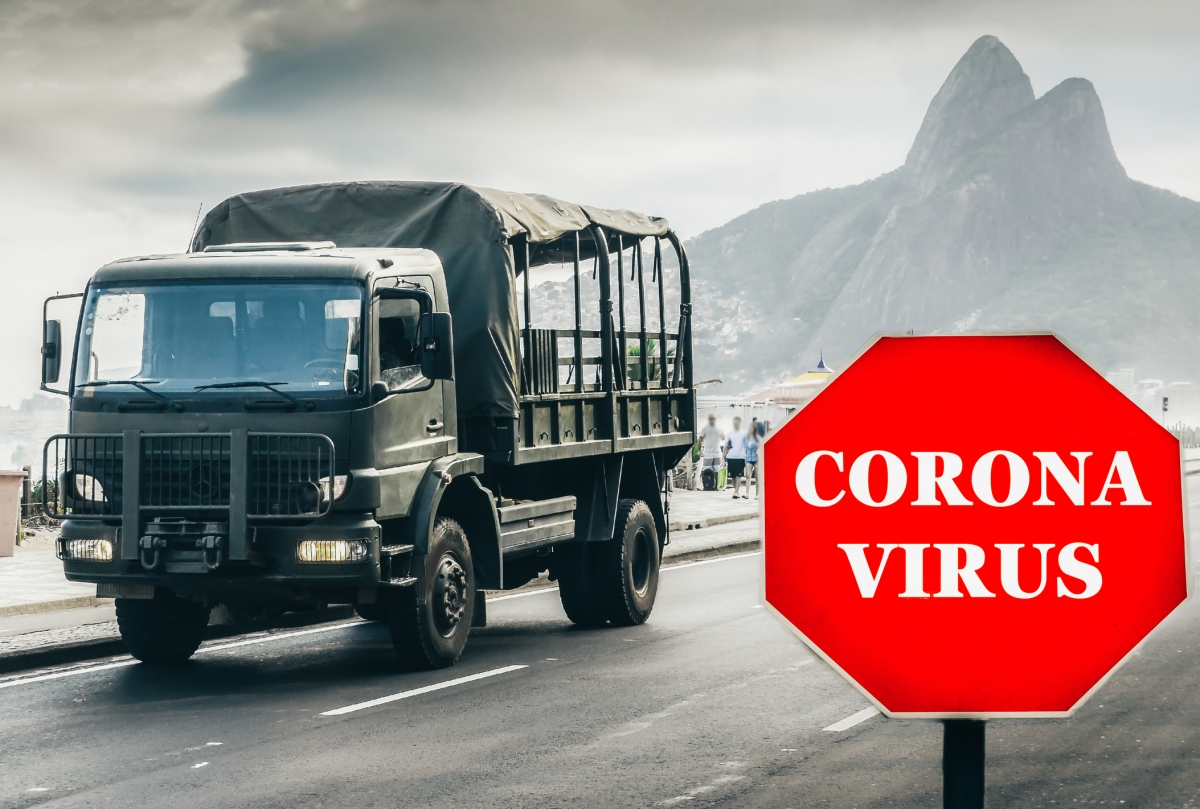 Brazil’s tragic and growing covid-19 death toll is second only to the United States, according to Our World in Data, with the total number of lives lost to covid-19 close to 400,000. In terms of confirmed cases, Brazil ranks third globally, only behind the USA and India.

Brazil faces the perfect storm of a unique combination of mutations and a Covid-19 denier President.

President Jair Bolsonaro criticized governors who took restrictive measures to try to contain the spread of the covid-19 in Brazil.

“The time is coming for Brazil to give a new cry for independence. Because we cannot admit that some pseudo-governors want to impose the dictatorship among you using the virus to subdue you, ” he said at an event in Bahia this week.

Bolsonaro has refused to promote mask wearing, defended the use of ineffective drugs such as chloroquine and invermectin.  He has rejected lockdown and self-distancing measures in order to curb the spread of the virus and failing to develop vaccination strategy in the country.

This has led to a health system that is totally overwhelmed. In many areas, ICU beds are no longer available and many people have died waiting days and even a week for a bed. There are so many dead that they are not being prepared properly for burial.

The situation in Brazil is beyond desperate, without a solution in sight and with no apparent desire from federal government to address the issues.  Hospitals are overcrowded and at their limits, with ICU bed occupancy rate having reached its limits across all major states.

It has been recorded the death of a large number of patients who never managed to get an ICU bed, having waited for days on end. One example was mother and daughter in Espírito Santo, both died waiting for an ICU bed for about a week, and this is not an isolated incident.

In Amapá, the exchange of bodies have been reported, as the system is currently unable to cope, leaving families traumatised.  “A room where they simply throw the bodies, because there isn’t even a morgue, all thrown together with the hospital waste, without any preparation. The patient dies, they take him to that room. As it stands, they only take the body and put it in the coffin, ”described the nephew of a victim who died on March 16.

Brazil’s rampant and uncontrollable increase in infections has worried many experts, researchers and scientists across the world, with the sudden appearance of new strains of the virus, including the one identified recently in Belo Horizonte, which has 18 unknown mutations and similarities with more contagious variants from South Africa, the UK and Manaus.

“Brazil has its doors open to the virus and its mutations. Mutations are expected, as they happen in a random way and are the result of a bigger viral circulation.” Jesem Orellana, researcher and epidemiologist from Fiocruz (Oswaldo Cruz Foundation) explained. “The Federal Government has made countless mistakes, including the lack of governance with no experience of public health and health emergencies and the fact they did not take adequate precautions to contain the virus and made no effort to set out an efficient vaccination plan.”

Fiocruz mentioned that hospital supplies are at a critical level, and health professionals are physically and emotionally exhausted. The current context not only compromises care for cases Covid-19, but also other diseases and conditions, in addition to favor the increase in lack of health care, contributing to for excess mortality.

The scenes at hospitals in Brazil are catastrophic and it could get much worse, with intubation drugs running out in at least 30% of private hospitals across the country. Some hospitals are now having to dilute these drugs in order to make them last. Without these “intubation kits”, the risks involved when removing patients from respiratory support equipment increase considerably, it can be extremely painful and cause further health complications to the patients.

Another serious concern is the death rate amongst children and babies in Brazil. According to the Ministry of Health, between Feb 2020 and March 2021, 852 children up to the age of 9 years old and 518 babies under 1 year old died due to covid-19, but these are conservative numbers due to underreporting, as some doctors are still reluctant to test young children, with general concept that the virus does not affect the younger population.

Doctor Fatima Marinho, who is also a senior adviser to the international health NGO Vital Strategies, estimates that the virus in fact killed 2,060 children under nine years old, including 1,302 babies.

Hospital Tacchini in Bento Gonçalves, Rio Grande do Sul, reported that in March there was a sharp increase of covid-19 critical patients admitted to their hospital, reaching 160% occupancy in their adult ICU.

When Tacchini was asked about the hospital’s biggest challenge, it pointed out to the management of “intubation kit”. With the scarcity of analgesics, sedatives and neuromuscular blockers in the Brazilian market, the hospital had to import these drugs directly. However, delivery of the cargo is not scheduled until May 15.  So far, they have been supplied with purchases in the national market in very small quantities and sporadic cargo sent by the federal government and distributed by the state government.

So far, none of the 2,000 professionals working at Tacchini Hospital have died from Covid-19 so far, this may be due to very strict measures being adopted by the hospital.

As for immunisation, Fiocruz researchers mentioned that Brazil is still far from the values ​​necessary for the country to have a situation of control. Vaccination in Brazil continues to advance, as the doses are made available. The country has vaccinated 13% of the population over 18 years old with the first dose and 3.68% with the second dose. Researchers from Fiocruz believe that only a national lockdown, with a minimum duration of two weeks, is capable of containing the progress of covid-19 in Brazil.

“There is a need for convergence and integration of the different powers of the Brazilian State (Executive, Legislative and Judiciary), as well as the different levels of government (municipal, state and federal), with the participation of companies, institutions and civil society organisations (of local to national level) to face this very critical and serious moment of the pandemic ”, Fiocruz researchers warn.

Attempts have been made by local governors and mayors in order to contain the spread of the virus by promoting social-distancing, mask-wearing and even local lockdowns.  However, their efforts are thwarted as any actions that restrict the movement of people can only happen if decreed by Bolsonaro, with approval of Congress.

Bolsonaro called governors as “poor” and “petty”, for defending measures in order to contain covid-19. “There is no way for you to live without a job and without an economy. And the mediocre ones lack this vision. São Paulo is a state that has suffered a lot from this”. “We hope that everything will return to normal as soon as possible. Only in this way can Brazil walk on its own legs”, he added.

On April 14, OAB, the Brazilian Bar Association, concluded that the president committed a crime of responsibility, which would lead to an impeachment process, as well as the complaint of a crime against humanity before the International Criminal Court.

Time will tell if the political hierarchy in Brazil have any appetite to remove Bolsonaro.  In the meantime, Brazilians continue to pay a very high price, their own lives, for Bolsonaro’s populist denialistic leadership style. Lessons have not been learned, as he continues to dismiss the pain and the suffering of his own people and ignore the increasing death toll, as the world watches by.