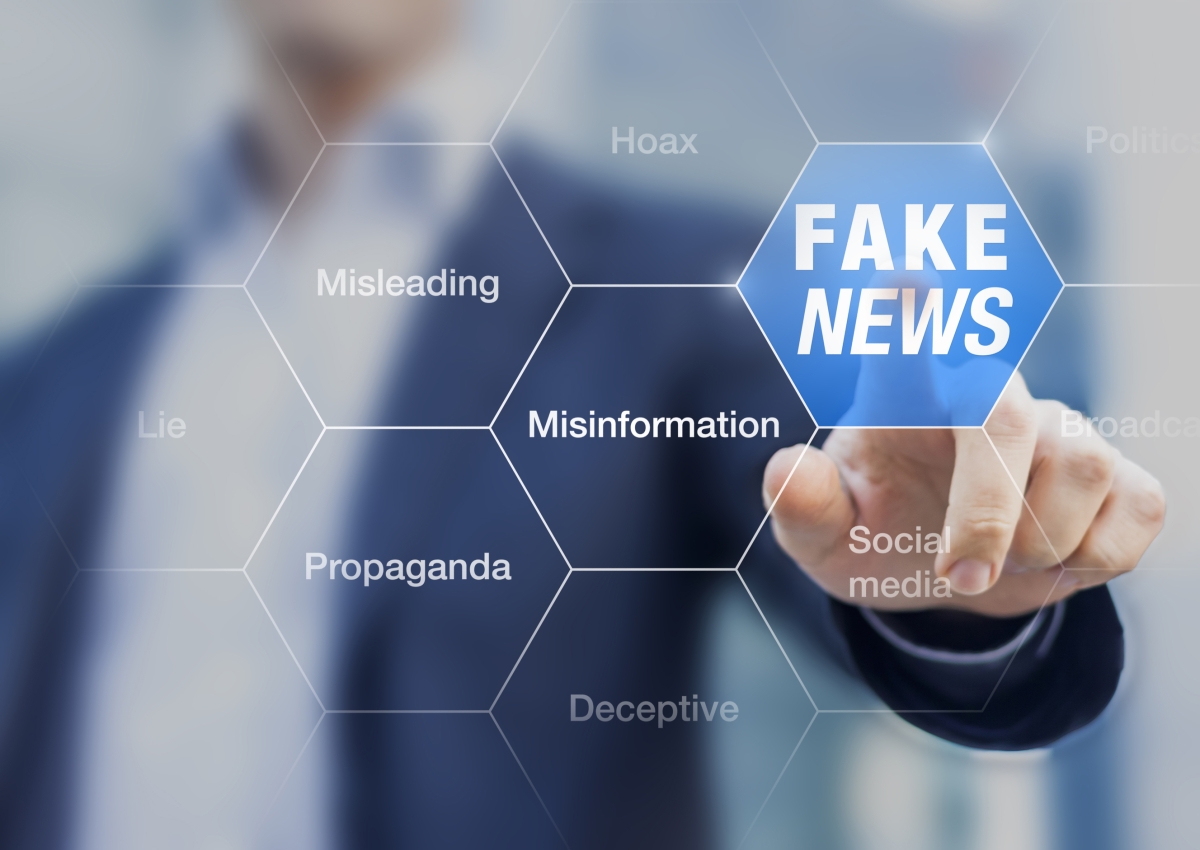 A group of a few players purported to be at the centre of the global political misinformation machine seems to be in full power, with their next target already being established, Brazil.

There is a deeply concerning discontent with democracy and globalization in many countries around the world, which has created an opportunity for these ravenous players, including social media platforms, to cause havoc by disseminating misinformation, creating hatred, polarisation, and spreading their radical and extremist ideas. Their constant search for power, profit and dominance is insatiable and they will apparently stop at nothing!

Steve Bannon, persona non grata, former Donald Trump’s chief strategist and close friends with the Bolsonaro’s, Brazil’s president, Jair Bolsonaro, and his son, Eduardo Bolsonaro, is a familiar face and one of the main characters of these devious games being played in worldwide politics. Bannon has both his eyes fixed on Brazil, the world’s sixth-largest nation with over 212 million people, and a land of real opportunities.

In August 2021, Eduardo Bolsonaro attended a voting machine symposium in Washington DC, hosted by Bannon, where he declared that “Bolsonaro will win (the reelection in 2022), unless it’s stolen by, guess what, the (voting) machines”.  Does that sound familiar?

Bannon is not the only one focused on Brazil. The US former president, Donald Trump, Bolsonaro’s “should have been twin brother”, has already made plans on setting up his framework in the country by supporting Bolsonaro’s bid for re-election in 2022 at all costs, and by building his own social media platform in Brazil, competing with the new kids on the block, Parler, Gettr and Gab. Trump’s new social network will be partially financed by a Brazilian congressman and royalty, Luiz Phillipe de Orleans e Bragança.

Bannon is a disturbing and crafty individual. He was initially associated with Breitbart News, an American far-right platform founded by Andrew Breitbart in 2007, along with the Mercer family, who were key financial benefactors. Following Andrew Breitbart’s death, Steve Bannon became executive chairman and Larry Solov became CEO.

Breitbart News content is considered to be misogynistic, racist and xenophobic, publishing a number of conspiracy theories and spreading misinformation. It was also a platform for Donald Trump supporters during the 2016 presidential campaign. On August 2016, Bannon stepped down from his role as executive chairman.

It is worth remembering that Bannon’s tentacles have spread deep and far during the interference and manipulation of world-wide election campaigns by Cambridge Analytica in the US, in the UK with the “Leave” campaign (Brexit), in Brazil, amongst many other countries.

Bannon is former vice president and board member of Cambridge Analytica, a company that provided data analytics to government and military organisations. The company was known for being backed by right-wing millionaire, Robert Mercer, Rebekah Mercer’s father, also a Donald Trump’s supporter.

CA declared bankruptcy after harvesting personal data of over 78 million Facebook users without their consent. In 2019, CA was acquired by a holding company, Emerdata, which currently has 4 active directors: Rebekah Mercer, Jennifer Mercer, Jacquelyn James-Varga and Gary Ka Chun Tiu.

“Please do not take your children to get vaccinated anymore. It is not about getting a shot that simple but equivalent to murder”, Guo said in a translated video posted at Gettr in September 2021. “Those who were vaccinated might face an unpredicted severe consequence”, he added.

Guo is one of the key orchestrators of the misinformation network also promoting the use of unproven Covid treatments, such as invermectin, artemisin, hydrochloroquine, dexamethasone, oxytetracycline, amongst other medications.

This is perhaps a reminder of the MMR autism fraud, driven by British doctor and anti-vax activist Andrew Wakefield in the 1970’s. Wakefield’s intention, similar to a majority of players, was financially driven, as he planned on developing a replacement vaccine for MMR as well as testing kits that would let doctors diagnose autistic entercolitis.

Trump, Guo and Bolsonaro seemed to have followed Wakefield’s footsteps when deciding to promote a set of unproven drugs in the early treatment of Covid. The similarities are astonishing.

Bolsonaro insists on promoting these cheap drugs to his nearly 40 million social media followers. His government has spent millions of dollars producing, purchasing and promoting drugs such as ivermectin, chloroquine and antibiotic azithromycin, as well as anticoagulants, painkillers and vitamins. Brazil’s Ministry of Health, along with a large number of doctors, endorsed the use of these drugs to treat Covid, even though they have no proof to be effective.

Since Trump was blocked from Facebook, YouTube and Twitter, and his loyal friend Bolsonaro was cracked down for falsely suggesting coronavirus vaccines could cause AIDS, along with many others for spreading misinformation and disturbing content, the need for alternative platforms was set out. Since then, Bolsonaro has been directing his supporters to follow him on platforms such as Gettr and Parler.

Launched in July 2021, founded by Jason Miller, former Donald Trump’s aid and spokesman, and partly funded by Guo Wengui, Gettr is a platform with extreme content, including the promotion of extremist groups like the far-right Proud Boys, anti-Semitism, racism, and terrorist propaganda.

Brazil is Gettr’s second largest market after the United States and extremely popular amongst Bolsonaro’s supporters. Miller mentioned that having the presence of Jair Bolsonaro and his son Eduardo on the platform, gave Gettr a big boost, reaching over 500,000 Brazilian users. Miller said that the company has plans to expand even further, launching an advertising campaign that will target Brazil and other countries.

Another player with concerning methods and ideas wishing to expand in Brazil is James O’Keefe, a self-professed progressive radical, leader of Project Veritas, a conservative American far-right organisation that is ideologically driven.

PV is known for running questionable operations that goes against standard journalistic practice by employing people who mask their identities or create fake ones to infiltrate target organisations. The company has produced and edited videos using secret recordings to discredit mainstream media groups and spreading misinformation.

The list goes on. The “First Lady of the Alt-Right”, as Rebekah Mercer is called, daughter of American billionaire Robert Mercer, Republican political donor (contributed US$ 25 million to the 2016 US election), co-owner of Breitbart News, investor of Cambridge Analytica, one of the active directors of Emerdata, is a funder and co-founder of social networking service Parler.

Parler has a user base of Donald Trump supporters, conspiracy theorists such as QAnon followers and far-right extremists. Reports suggest Parler was used to coordinate the 2021 storming of the US Capitol.

The platform was launched in August 2018 and founded by John Metze, who was executive director until January 2021. British conservative, Oxford University graduate, hedge fund employee and former candidate and financial supporter of the Brexit Party, George Farmer, is currently the company’s CEO.

Bolsonaro joined Parler in July 2020 after Twitter removed some of his posts alleging he was responsible for spreading misinformation related to Covid. His son, Eduardo, also endorsed the network, leading to a significant increase in sign ups to the platform. Like Gettr, Parler said that Brazil is also its second largest market after the US.

Torba’s plan is to build an alternative network platform free from censorship, government influence and power of Silicon Valley. But Gab has become a platform that spreads misinformation about vaccines and Covid restrictions, violence, bigotry, racism and hatred. On October 2018, a Gab user posted violent and anti-Semitic comments and then murdered 11 people in a synagogue in Pittsburg.

The sudden interest of conservative social networking platforms in exploiting and investing in Brazil is no coincidence and comes at the perfect time, as the 2022 election approaches and Bolsonaro is using all ammunition he can to stay in power, no matter what.

There are serious consequences to how things play out in Brazil in the next year, all linked to how external forces decide to play; how much support is given; and how well they manage to manipulate the situation to their benefit.

The Brazilian populous can only hope things do not get out of control and the situation doesn’t become irreversible. If this dark future materialises, it won’t be just the weakest and most vulnerable that will have to bear a hefty price, instead, the majority of Brazilians will have to face some serious consequences.