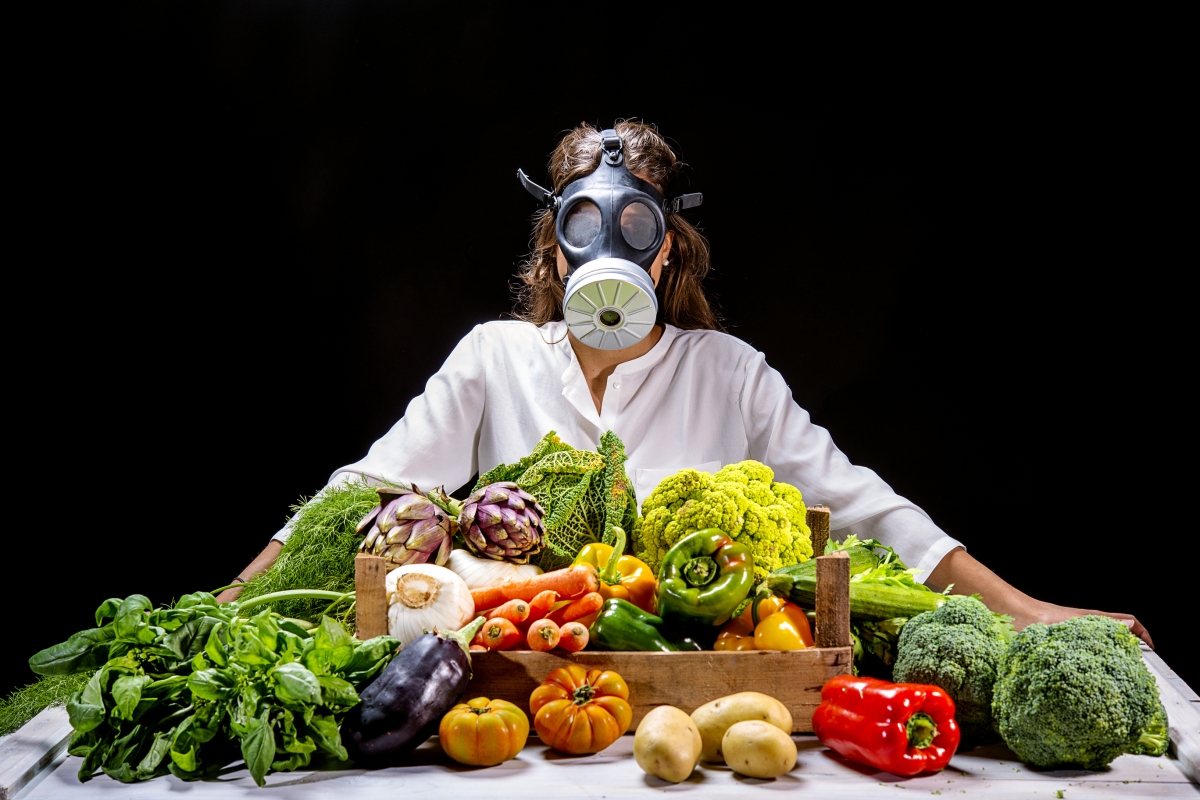 ‘Seeing is believing’; a widely used phrase and highlights a human characteristic that is perhaps at the heart of some significant health threats humanity is facing.

The current Covid-19 pandemic has brought many to the realisation that ‘invisible’ threats can be killers and safety can only be achieved through a belief in the invisible, followed by a series of steps to protect oneself against the danger, i.e. mask wearing, social distancing and vaccinations. When there is nothing to see, should we deny existence? Another such obscure killer is the wide spread use of toxic pesticides.

Pesticides have been used for centuries in various settings; in agriculture, sprayed on our lawns, parks and playing fields, streets, pavements, public spaces, etc.

Thanks to science and extensive research, we now have a much deeper and wider knowledge of the damage pesticides can cause not only to our health, but also to biodiversity, the air we breath, the water we drink, soil, plants, wildlife and everything else it touches.

How are we exposed to pesticides and what are their effects?

Exposure to pesticides can occur in various ways: by inhalation (breathing), dermal (absorbed by our skins), or ingestion (water and food).

These chemicals can cause acute toxicity, meaning that after one single episode of inhalation, ingestion or skin contact, it can cause harmful or lethal effects. The results can be presented as an allergic reaction; eye and skin irritation, headaches, and in extreme reactions confusion and loss of consciousness, respiratory complications, seizures and death.

They can also cause chronic toxicity (long term), after being exposed over a long period of time. Long-term exposure has been linked to many health issues, including depression, anxiety, ADHD, Parkinson’s disease, asthma, attention deficit and cancer, including non-Hodgkin’s lymphoma and leukaemia.

Pesticides used in agriculture can leave traces of chemicals in our food known as residues. Residues detected on a specific food item will depend which pesticides are used and how persistent they are. Some food may contain one single residue or multiple ones (‘cocktail effect’).

An alternative to consuming food containing different types of pesticide residues is to opt for organic products. Obviously, not everyone is able to afford them.

Are pesticides eliminated after peeling and washing fruit and vegetables?

Washing and peeling may reduce exposure, but some residues are present not just on the surface, but within the entire piece. So, by simply washing, it will not eliminate residues within the food item.

According to Pesticide Action Network UK, 123 different pesticide residues were found in our food in the UK, some of which are linked to serious health problems, such as cancer and disruption of the hormone system (endocrine disruption), including reduction of semen quality and fertility, genital malformations, prostate cancer, diabetes, obesity, early puberty, cysts in the ovaries, uterus anomalies, breast cancer, hyper and hypo thyroidism and thyroid tumours.

We should all be aware of the implications caused by ingesting food containing not only one but also multiple pesticides (‘cocktail effect’), especially if consumed over a long period of time, during our childhood, adult life and especially during pregnancy.

Pesticide Action Network UK have produced a list of the ‘dirtiest’ fruit and vegetables based on UK government data, revealing the percentage of samples that contain residues of more than one pesticide. The list is called the ‘Dirty Dozen’. The results reveal a staggering amount of pesticides found on the ‘Dirty Dozen’ products, more than one hundred different types.

Based on data from PAN UK analysis in September 2021 of the UK Government’s Expert Committee on Pesticide Residues in Food (PRiF) annual reports between 2018 and 2020, the following products are considered to contain the highest levels of pesticides residues:

According to PAN UK, inadequacy in the UK government’s pesticide testing has been reported. The number of annual samples was reduced in over a quarter from 3,450 in 2016 to 2,460 in 2020.

There is also inconsistency in the way that some products are tested. For example, tomatoes might be tested one year and not the next, and only a small amount of tomatoes consumed in the UK are tested.

In 2020, the UK government chose to test just three types of fruit and vegetables included on the 2019 ‘Dirty Dozen’, leaving aside three-quarters of the previous year’s produce of concern.

“How the UK chooses to govern pesticides will have profound implications for the health of citizens, the natural environment, and the future of UK farming”, said Sarah Haynes, collaboration coordinator at Pesticide Action Network UK.

Brazil is the world’s third largest user of pesticides, only behind China and the US, allowing almost double the amount of highly hazardous pesticides to be used (131), compared to the UK (73). For instance, lemons grown in Brazil have 200 times the amount of insecticide dimethoate than in the UK. Dimethoate has been linked to cancer and is banned in the UK.

A total of 33 organophosphates (synthetic compounds that are neurotoxic in humans) are permitted in Australia, 26 in the US and 4 in the UK and EU. Australian grapes can contain 6,000 times the amount of the fungicide iprodione than UK grapes. Iprodione is linked to cancer and is a suspected endocrine disrupter.

Canadian wheat is allowed to contain 100 times the amount of the herbicide diuron than UK wheat. Diuron is a suspected endocrine disruptor with links to cancer. It can also negatively impact sexual function and fertility.

“This flies in the face of Government promises not to sign a trade deal which compromises UK environmental protection and food standards. After all the warm words, it looks like the UK-Australia trade deal will finally reveal which standards the Government is willing to fight for. Any weakening of pesticide standards in an Australia deal makes it all but inevitable we will do the same with the CPTPP (Comprehensive and Progressive Agreement for Trans-Pacific Partnership), allowing sub-standard imports from 11 countries”, said Josie Cohen, Head of Policy and Campaigns at PAN UK.

These trade deals have greater ramifications. It means UK farmers will have to compete with cheaper products containing higher level of pesticides, forcing them to follow the same route or forced to get out of business altogether. This will be catastrophic for everyone.

According to a report released in January 2022 by the United Nations Human Rights Council, the toxification of planet Earth is intensifying. While a few toxic substances have been banned or are being phased out, the overall production, use and disposal of hazardous chemicals continues to increase rapidly.

Production of chemicals doubled between 2000 and 2017, and is expected to double again by 2030 and triple by 2050. According to the United Nations Environment Programme (UNEP), the result of this growth will be increased exposure and worsening health and environmental impacts unless ambitious, urgent and worldwide collaborative action is taken by all stakeholders and in all countries.

Why is it that pesticides, which are a class of chemicals, do not have to go through a testing regime similar to the clinical trials that pharmaceutical drugs are put through? Someone must urgently answer this question!